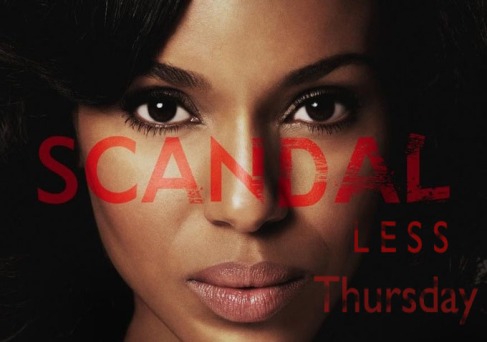 I know I’m a day late!!!…HA! So…Im not really sure when Scandal returns however I know all of you have been anticipating the next amazing installment of SCANDAL LESS Thursday…. WOOO HOOOO!!!! ITS BACK! 😉

Harrisson Wright is probably the most mysterious Gladiator in Olivia’s camp. He is extremely loyal and is good for a pep talk when things get rough. We still don’t know too much about him. Im thinking Shonda is writing some great back story about him at this very moment. What we do know is that he was in jail for something and Olivia helped him out….hmmmmmm

We may not know much about Harrison however the actor by the name of Columbus Short has an extremely solid resume very early in his career. Columbus started his career as a dancer and is first role was in “You Got Served” His first lead role was in Save The Last Dance 2. It went straight to DVD. His next role that I think most people especially the ladies now him from is “Stomp The Yard” , a realistic look at Greek Culture on Historically Black College campuses. Not so much on the second part of that last sentence…HA! Anyway the brother can dance.

His acting chops are tested in the movie “Cadillac Records” where he plays the part of Little Walter. Columbus has been in a few films I have seen but did not know it was him. He has a way of becoming immersed in his role.

Last season every ones story was able to be told. Harrison’s is still a great mystery. Let me tell you what I think happened. I think he was in a dance battle and was trying one of his most dangerous signature moves, and he caused a melee in the midst of a family doing the wobble at a barbecue in Atlanta. Someone lost their life and he was charged with murder during a line dance. Olivia being a fan of line dancing and Stompin the yard felt bad for him and arranged to have him released and become a gladiator because of his great dancing skills and his ability to rally the troops. Well….maybe thats not what happened at all. Shonda’s probably writing his story right now.

Im looking forward to the new season of Scandal? Are you? What do you think about Harrison Wright? Where does he come from?

ANNNND…Check out last weeks blog if you missed it.