People who have known me for quite some time know I am a huge fan of Spike Lee. Most of my favorite movies are Spike Lee joints. In my opinion Spike Lee does amazing work when it comes to filmmaking. He also does an amazing job at telling the story of African Americans from all different facets of life. So when I was watching an interview he did with Vibe earlier this week the interviewer asked Spike if he would speak on the new Quentin Tarantino movie Django Unchained his response resonated with me. 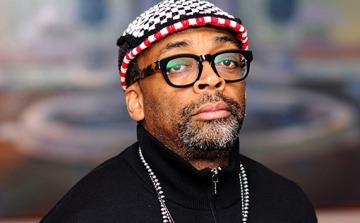 He said: “I can’t speak on it …I’m not gonna see it. I’m not seeing it. All I’m gonna say is it would be disrespectful to my ancestors to see that movie. I can’t disrespect my ancestors. Now that’s me. I’m not speaking on behalf of anybody but myself.”

I respect Spike as a filmmaker. I appreciate his candor. He rarely ever holds his tongue. I understood his response. I understand the seriousness of recognizing our ancestors and honoring them. His response almost compelled me to take a similar position. However I was intrigued and wanted to see how Quentin Tarantino would approach this story of a slave getting revenge.

There will be NO SPOILERS in this review. If you are expecting some super political extra emotional movie about the African Holocaust/Slavery, this is definitely not the movie for you. Quentin stays true to form. He delivers the story of Django in the form of a spaghetti western. What’s most interesting about this film are the moments when the audience is left to decide if they should laugh or be offended. Leonardo De’Caprio and Samuel Jackson play their parts to perfection.

I appreciate the way Jamie Foxx approached the character. There is a sense of dignity that he manages to maintain in the midst of this film that makes it quite believable. I couldn’t stop looking at Kerry Washington without thinking about Olivia Pope…HA!.. Sorry…I wonder how she is gonna help Huck out of this latest jam…….ANYWAY…Overall it was a very good film but the depth of my experience was realized after the movie was over.

As I walk out of the theater there is this feeling of…”What did I just watch?” Another thing that I noticed was the eye contact I was getting from other black men as if they had felt the same way that I did. I could tell who just saw Django by the look they had on their faces.

The story of The African Holocaust/Slavery in

America has NEVER truly been dealt with. I know why Spike Lee feels the way that he does. Ultimately this is a movie. The last person I would expect to tell the story of The African Holocaust/Slavery properly would be Quentin Tarantino. With that being said I look forward to Spike Lee providing us with something that will speak to the hearts of the world, evoke change and restore the sense of dignity we have lost in our community. It is up to us to tell our stories.

We were free before freedom was given to us.

I want to know what you think? Did you see the movie? Are you going to see it? Leave a comment below.