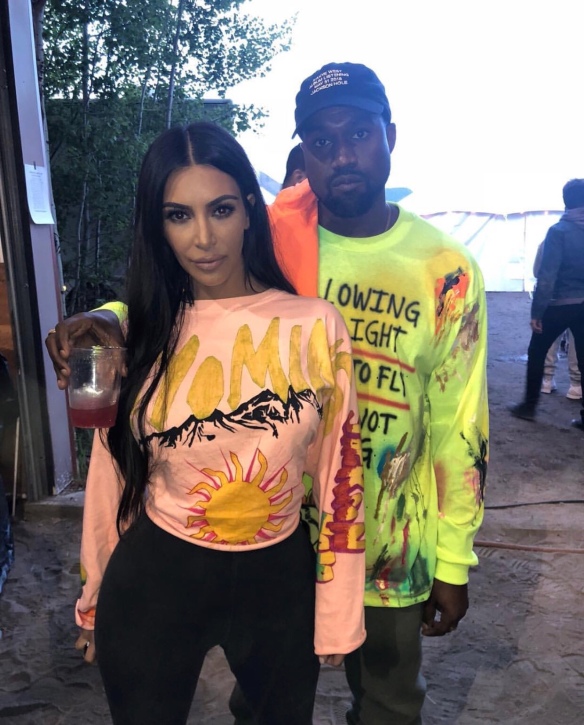 After the all the rants, drama, racial tension and MAGA hats dozens of influencers and media have descended upon Wyoming to listen to Kanye’s newest project. The release is also being streamed on an app called WAV. The stream started at 9pm CST. If you were expecting music you were disappointed. The stream focused on the Wyoming landscape with horses in the background while you listened to crackiling a campfire.

Chris Rock introduced Kanye with a few jokes and mentioned that hip-hop is the first art form created by free black men. He also said that Kanye has taken full advantage of his freedom and to listen to the project without prejudice.

The name of the project is Ye and the first lyric you hear behind a brooding vamp is “The most beautiful thoughts are beside the darkest. Today I seriously thought about killing you. Premeditated murder.” The production is classic Kanye and lyrically it plays like a journal he has been keeping for the past few months. A few well placed lines speaking on current issues lace the project. “Russell Simmons wanna pray for me too. But imma pray for him cause he got #metoo I wonder what if that happened to #metoo”

The inspirational Kanye that we all know and love enters with a Slick Rick sample assisted by the unmistakable vocals of Charlie Wilson. The campfire is LIT literally and figuratively and all of the people who flew out to hear the project seem pleased and content under the Wyoming sky.

Considering that Kanye has spent the last year in Utah and Wyoming it makes more sense why he has been espousing these middle America sentiments. He doesn’t get a pass for it, it just makes sense. When it all comes down to it when it comes to Kanye its all about the music and always has been.

After two listens it is safe to say Kanye delivered once again. He has captured the attention of the world and given an insightful heartfelt and honest project. Fresh off of Pusha T destroying Drake the G.O.O.D music wave continues rise with the release of Ye. Cudi and Kanye are up next. Lets see how he will top this release.