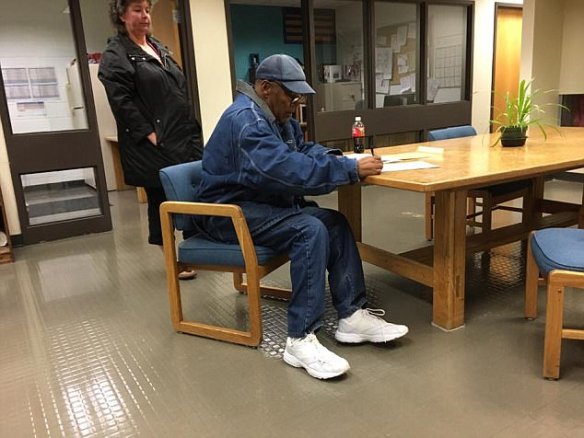 O.J. Simpson is a free man after serving nine years in a Nevada prison. Simpson was arrested and jailed because of a kidnapping and armed robbery in 2007. He was caught trying to reclaim items that were initially his. He was the only individual out of five who was jailed because of his involvement.

O.J. was released just 8 minutes after he was officially eligible for release. His release was quiet and happened without the presence of paparazzi and press.

In July of 2017 the Nevada Board of Parole Commissioners voted unanimously to release Simpson on parole. O.J. will be monitored and he is not allowed to consume large amounts of alcohol or spend time with convicted felons.

The life of O.J. a storied NFL athlete took a turn in 1994 when he was named a suspect in the murder of his ex-wife, Nicole Simpson and her friend Ron Goldman. Ultimately with the assistance of his team of lawyers lead by Johnny Cochran, Simpson was acquitted. The United States was split down racial lines and as the verdict was read live reactions between black and white citizens were extremely different.

The trial was dubbed “the trial of the century” and left the nation polarized. Different stories of what actually happened surfaced everyday. The way that the trial was covered was deemed by many as a circus and  launched many careers of those involved into the spotlight. That trial happened on the heels of the LA riots that were a result of Los Angeles police officers being acquitted for the beating of Rodney King in 1991.

Even after Simpson was acquitted of murder the victims’ families filed a wrongful death suit and Simpson was ordered to pay $33.5 million in damages.

It will be interesting to see how Simpson lives his life after this release. One thing is for certain, his life will never be the same.