Leon Robinson is known by the world as Leon and as with other celebrities who are recognized by their first name Leon has crafted a career that is iconic, impactful and genius. Ever since coming to life in Madonna’s controversial “Like A Prayer” video in 1989 Leon has remained  a bankable artist in Hollywood. His roles as JT in The Five Heartbeats and David Ruffin on the VH1 miniseries The Temptations have become cultural staples and stand as an example of his range as an artist.

As of late Leon has been touring with his band Leon and The Peoples and he demonstrates how deep and profound his skills are when it comes to music. I spoke with him recently during rehearsal at 35th Street Studios in Chicago. He explained his staying power, dignity his passion for music and why love is a necessary subject in his work.

What is the origin of Leon and The Peoples?

We are all from New York City. I originally was part of this band called the Young Lions which was a bunch of really great musicians that played with Steel Pulse, Sting, Bruce Springsteen you name it. We were playing cover tunes and I wanted to do original music, so I started my own band called The Peoples about 11 or 12 years ago. Then I had to pull a David Ruffin on them and changed the name to Leon and The Peoples cause we got better gigs. We play a mixture between Reggae and Soul Music and people love the music. We have a good following especially with the women.

We are trying to move the music forward. We sing about thought provoking topics and things that are just fun

Talk about your most recent release Love is A Beautiful Thing

Our album Love is a Beautiful Thing is about all aspects of love. Not just the kind of love where you slob on the same pillow with somebody for years and go through deaths families and holidays and just because you didn’t sleep with them you don’t know where they are in the world. We not talking about that kind of love. We are talking bout the kind of love you have for your brother, your sister you mother you aunt. You made hate them some days but you still love them. We have a song on our new album called “Happy and Sad.” Let’s face it that’s what love does it makes you happy but it sure enough makes you sad, like nothing else in the world.

We have another song called “Beautiful” that has charted on billboard and it’s about telling people in your life that they are beautiful. It could be your mother, your sister your friend your baby mother, just letting people know that you find them beautiful. Not just on the outside but on the inside and letting them know what they mean to you. It’s about how important love is in our lives and not just in the romantic sense. It’s the way we educate our kids it’s the way we make our mark on the world, the love for ourselves and our love for others. 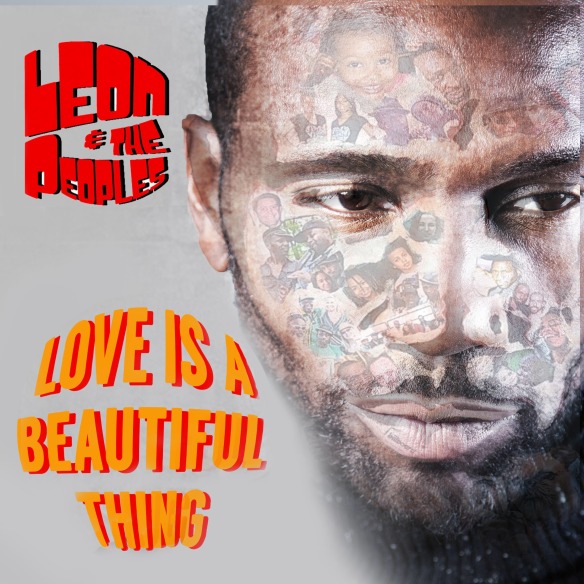 Love Is A Beautiful Thing Artwork – Photo courtesy of Leon

Why is love the common thread? Why is now the time to stress the concept of love?

Love was an obvious choice for us to talk about on our second record. Love is such a big influence in our lives in general and in my life I have never been in a world or in a country that needs love more than we need love right now. We are in a time right now where we are fighting to have our own dignity. We are trying to keep the things that we thought were commonplace. The love for our fellow man and our fellow countryman is something that is going away and it’s ridiculous. We should be moving forward instead of moving backwards.

When you mention the concept of dignity it resonates. Talk to me about how you are able to preserve your dignity as a Black man in these days.

Keeping your dignity is something that comes from within. I was very lucky to have parents especially a dad who instilled a great deal of pride in me. They always made me hold my head up high and always made me feel good about myself. I was very lucky to have that. So many Black men grow up without fathers, so they don’t have that male figure encouraging them telling they can do whatever they want to, they can accomplish anything they want and be dignified about it. When you don’t grow up with that kind of background sometimes its hard because you don’t have that self love. The first love is the love for yourself and if you don’t love yourself you can’t love anyone else.

One of the songs I had to make sure to ask you about is “Sometimes I Wish I Was Single” The concept of this song blew me away. Talk about your intentions behind this song.

I like to do songs that almost anybody can identify with. One of the things that everybody can relate to no matter how successful a relationship is even if it’s just for 5 minutes out of the day, or one day out of the month or every other day you wish you were single. Not to get with someone else but just to be free to do whatever you want to do without affecting another person. Once I came up with the concept I wanted it to be a love song, so it’s like a love song disguised as a bad boy song. It’s about going back to the days when you first met. There is a lyric that goes “I wish we were single, so we can go back and meet again.” Everyone know the beginning was the s–t, it was before the kids, the house notes and the struggles. Those were the days when you first started feeling somebody and you realized they were feeling you. After being with someone for any length of time you lose a lot of that.

Some people told me couples wouldn’t like this song, but this song is for couples. The chorus mentions all the things I would miss if I were single. 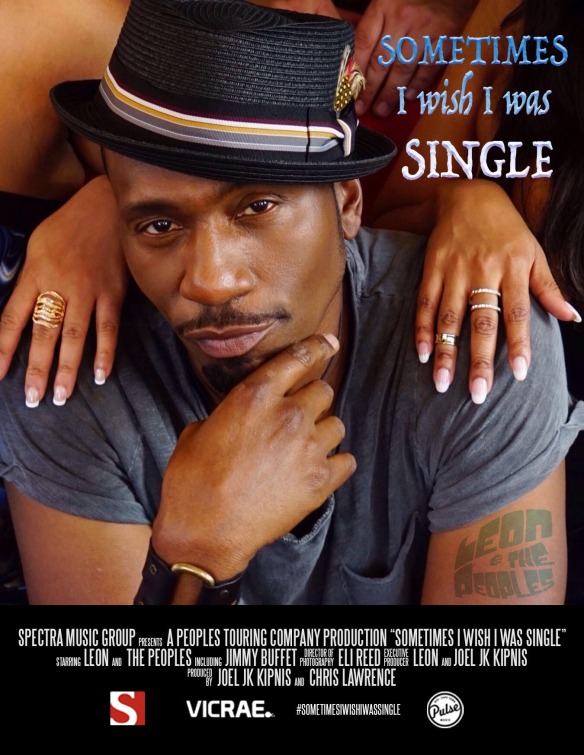 ‘Sometimes I wish I was single” Artwork – Photo courtesy of Leon

The music on the album is heavily influenced by reggae, where does that come from?

We play a mixture of soul and reggae music. In my house my dad was always singing and his favorite singer was Nat King Cole. Motown music and soul music was always playing. I remember when I was 12 years old I heard out a friends window the Natty Dread album by Bob Marley. It was on repeat and I learned it right then and there. I was mesmerized. I hadn’t heard that before. That drum and bass became the back beat of my life. I would hear songs that would be a soul song with the drum and bass of a reggae song. That’s where you get that sexy reggae and that soulful reggae. That music made me want to sing.

You are a cultural icon. What is next for you creatively?

I have so many things going on right now. It’s kind of hard to balance them all. We have a production company called Motion Mob and we produced a short called “Make America Black Again” Its about a candidate named Lamar Johnson who is running against the Trump administration in 2020 with the campaign slogan of Make America Black Again with an entirely white campaign staff.

People have asked me why I made this short film. I consider myself as part of the resistance, but I can’t walk around mad. I only have one life. Nobody in office is going to make me walk around sad. So, I can create something that will make us laugh but also address the issues and the struggle and make it clear that we are against what is going on right now.

I’m also starring in a movie on BET Her during Breast Cancer Awareness month called “Her Only Choice”. It’s a real tear jerker about a woman making a decision between her life and the baby she wants. I also have a TV series that just recently debuted in LA, called “40 and Single”. It’s an international series shot in the motherland in Ghana. It starts airing on UMC on October 18th.

How does it feel to still be relevant after decades in the entertainment business.

That’s one of the hardest things to do in this business. I talk to young acting students and college students all the time about having a career. Right now in this world of social media we have a lot of over night stars, but they don’t have a career. In order to have a career you need to stay relevant you need to stay on people’s minds and consciousness. In order to do that you must keep creating things and doing stuff.

I’ve been very lucky to do memorable work that people want to see over and over again and yet its allowed me to make new work that still captures their imagination. There is no formula for it, you just have to do it.

Take a listen to Love Is A Beautiful Thing below.

Check Out Ladies Love Mixtapes by Precise on Spotify