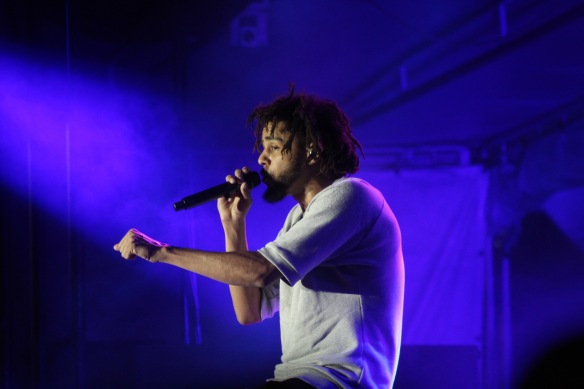 So 4 Your Eyez Only dropped recently and its a great album. However if you let the internet inform you, many are saying it’s a snorgasm, boring, and a list of other clever well crafted lines. I am by no means a J. Cole stan. I am an artist and because of this I can tell when an artist is cutting corners or putting their heart into something. 4 Your Eyez Only is a project that is well thought out, lyrical and the production is on point. If you feel otherwise you are just mad that his work garners the attention that yours doesn’t.
The world we live in now might as well be a big barrel of crabs who will easily speak an ill word towards anything that doesn’t have anything to do with them. I hear most of the ill will coming from fellow artists or those who claim to be and have never put out a piece of work. They don’t even know what it takes to title a song or even create a concept for an album. Stop being such a damn hater and give credit where it is due. It’s easy to be a critic. You can say I don’t like or I like it with out any informed viewpoint.

The way music is consumed these days has created this army of haters. They can’t even sit still long enough to listen to a 51 minute concept album and allow for it to work on their senses. Music fans now just want to be fed what they want, and they don’t even know what they want.

Here is my suggestion to you. Go get a bunch of your “beat making” friends and gather all your rhymes that all end with the word nigga and go make your masterpiece for the world. Till then keep your not doing nothing azz opinion to yourself.