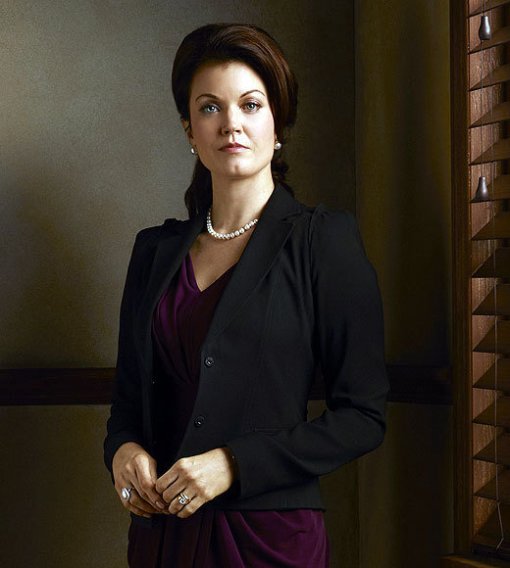 Bellamy Young is the extremely talented actress who plays the wife of Fitzgerald Grant on the hit ABC television show SCANDAL. Her pedigree is that of an Ivy Leaguer. She holds 2 degrees from Yale. She has a degree in English and a degree in theater studies. She followed her passion for the theatre and parlayed it into roles along side Mel Gibson, Tom Cruise and Ving Rhames. If we look at the surface of her upbringing if would not be a stretch to say that she could have been easily groomed to be a First Lady.

Bellamy provides different levels to the character of Mellie. Mellie is the first lady of the United States who was essentially married off to Fitz because of the relationship he had with Fitz’s father. It was an arranged marriage and Mellie has been groomed for this all of her life. She does an amazing job with the press and the American people, but guess what….I CAN’T STAND MELLIE!!!

I want to sympathize with this woman who on the surface has her husbands back and is on the tail end of this love triangle. She has a child thinking it would bring her and her husband closer together, but Fitz is looking for the mysteries of the universe between Olivia magical thighs.

That should be enough for me to feel for her. It doesn’t feel good to be cheated on and its being flaunted in your face…dang…I should feel sorry for this woman…but I don’t.

Mellie sees this as part of the design. She helped conspire to get Fitz in Office and she loves being the First Lady. She wishes to keep this status and has her own aspirations of becoming President. It’s these aspirations and attitude that cause her to do some bone headed stuff. Im always left looking at Mellie like…Dang…you get on my nerves.

Mellie is robotic in her approach at times its as though she does not have any feelings. She outed her husband on national Tv and told the world he was having an affair. She is looking for sympathy from the American people. I would assume from the media level that she receives this sympathy. However the viewer gets to see this conniving and callous woman up close and personal. We see that she really does not love her husband. We know that she has other intentions. I think this is why people root for Olivia so much. 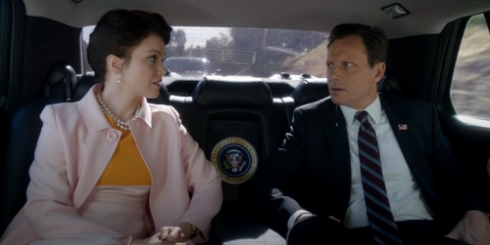 There are moments when you can see glimpses of some type of connection between Mellie and Fitz. The moment right before he gets shot she spills her heart out to him and the very last scene of last season Fitz after being jilted by his mistress.

So this is what I think is going happen. I think Mellie takes Fitz back under the condition that he tells the American public that he has been sleeping with a man. Then Mellie Divorces him and makes her run for the presidency. She wins the presidency and marries Olivias ex beau Edison and makes him First Man. Yeah…that could happen. But maybe not…LOL!!

I asked a series of questions at the beginning of this post answer them for me. Im curious to know your thoughts.